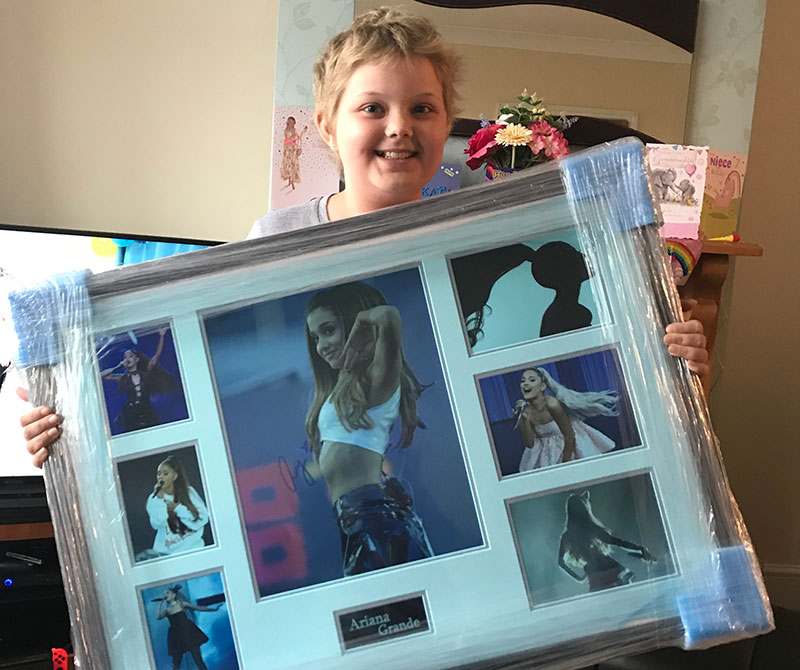 As some of you may be aware we are both members of BNI chapters in the Birmingham and Black Country Region.

We have been members over 2 years now and have seen lots of great examples of members helping each other and the results of BNI’s “Givers Gain” ethos.

A few weeks ago now we personally saw just how beneficial a good, no not good great network is.

We asked for support on a personal appeal for one of our friends daughters.

Katie is a day younger than one of our daughters Ruby.

She turned 10 on the 1st October this year.

At the end of last year she had a persistent cough.

The family received the devastating news at the beginning of this year when after months of investigations when she was diagnosed with Hodgkin’s lymphoma.

Following a course of chemotherapy which ended in June, she was given the all-clear.

Katie started to experience symptoms once again in August and was rushed to the hospital with a high temperature and was hit with some devastating news.

They found that the cancer was back. It was heart-breaking.

Katie is now receiving further courses of chemotherapy that are making her very ill even after the first round.

She will then have a stem cell harvest and eventually she will receive radiotherapy.

This time round has been so much harder as the first time she had treatment we were able to go in and support her and her family.

Our daughter used to sit with her during her chemotherapy sessions to keep her company.

Now that is a very different scenario.

Because of the pandemic, the family have been separated.

Her mum stays with Katie at Birmingham Children’s Hospital and her dad has been forced to stay home with their youngest daughter, Evie.

This round of chemotherapy will be quite aggressive so she will have to be admitted as an inpatient.

She is facing a stay in the hospital for up to 6 weeks at a time and only one parent is allowed in.

It has been devastating.

We asked for help from the members of my BNI networking group because we just wanted to help make her smile again.

Going through treatment like this is tough as an adult but no 10 year old should go through this.

She is so brave and amazing but struggles to smile sometimes with the pain she is in and with how tired she gets.

When she was first diagnosed Kelly sat down with her and wrote a list of all the things she would like to do.

On the list was to meet Lewis Hamilton and to receive one of the bandannas he used to wear before he grew his hair, meet Ariana Grande, make her own flavour of chocolate or record her own song.

After the meeting members came forward with so much support for us and towards the appeal.

So far we have been able to pass on gifts such as arts and crafts, an Ariana Grande signed frame, cuddly toys, jewellery, tickets to Cadburys world and a recording session paid for with the offer of backing musicians if she would like them.

The smile on her face when we passed these on was priceless.

We did this as we just wanted to make her smile and to give her something to look forward to.

Our hope is that when she looks back on this time of her life it isn’t all bad.

That she doesn’t only remember gruelling treatment, being separated from her friends and family or the pain but that she had some wonderful experiences that really helped life her spirit.

A huge thank you goes out to all our fellow BNI members across the region for helping us make Katie smile again. 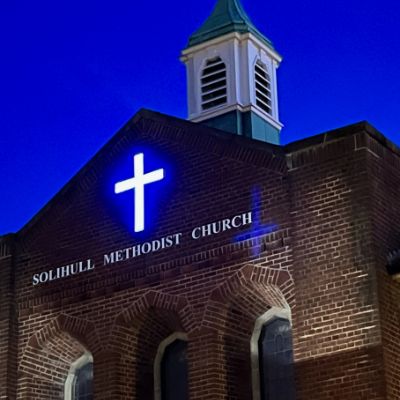 Out With The Old, In With The New

An often-overlooked area when it comes to marketing a business is signage. Astonishingly, for businesses with a physical premises, signage makes up 83% of their marketing efforts. When done well, signage can be a cost-effective medium. It is a constant, daily reminder... 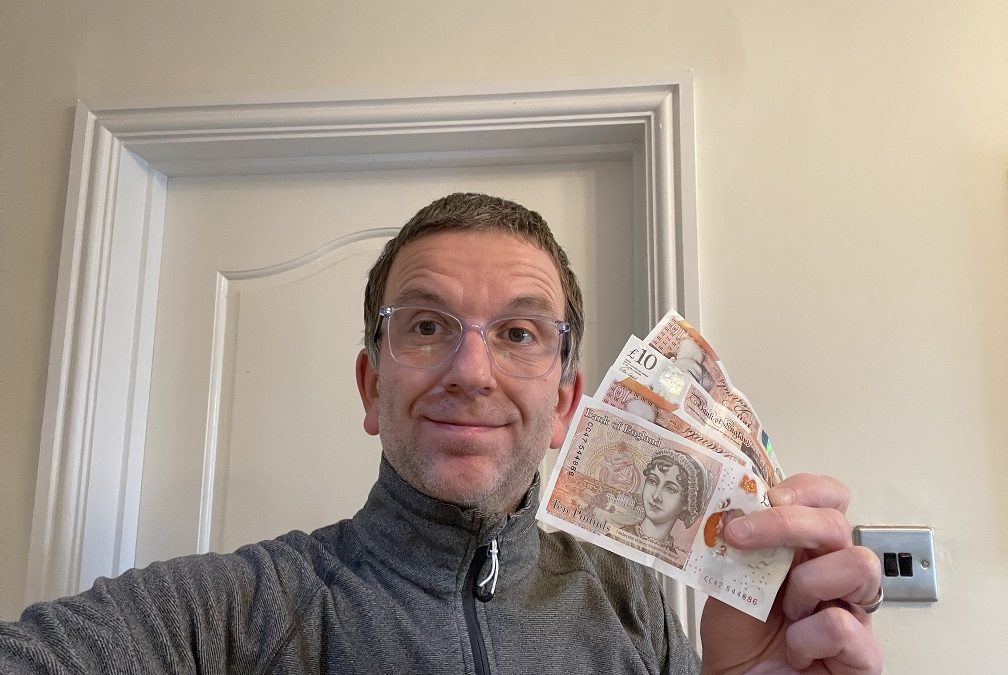 “Quality is the best business plan.” – John Lasseter Something we’re very proud of here at Personalised Nation is our customer-retention rate. Our customers understand the importance of building a strong relationship with their suppliers and don’t query our pricing in... 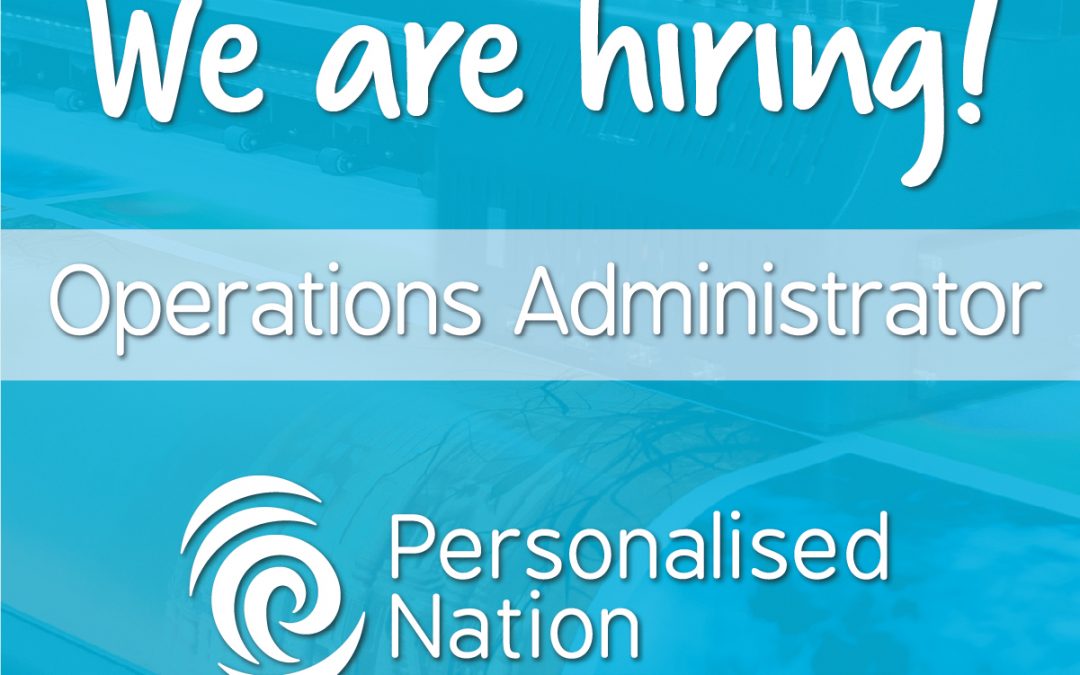 The Company MissionPersonalised Nation specialise in designing and installing premium signage and graphics all over the United Kingdom. What we doWe love to hand-hold clients through projects from start to finish, from liaising with the client on the design brief to...

Why Redecorate When You Can Re-Cover?

With prices going up and budgets getting squeezed ever-tighter, it’s all too easy to overlook and live with that tired reception area, those scratched tables, that thinning wallpaper ….. Now, listen up – because we have the perfect solution! Allow us to introduce you...